Plans for three new Birmingham rail stations have today been unveiled as the reopening of the Camp Hill Line to passenger services takes another step forward.

Under the proposals the line, reopened to passenger services for the first time since the Second World War, would initially have three stations at Moseley, Kings Heath and Hazelwell.

The Camp Hill Line will attract new passengers to rail by offering an alternative to commuting via bus and car on congested A435 Alcester Road.

The initial service from these stations is expected to be two trains an hour into Central Birmingham, with journey times of around 15 minutes.

With detailed planning to take place over the next 12 months on the three stations, it is hoped that construction work would start in 2020, with a view to getting the three stations open by the end of 2021. This would be in time for the 2022 Commonwealth Games.

West Midlands Mayor Andy Street was joined by Secretary of State for Transport Chris Grayling for a tour of the Moseley station site and the unveiling of the station designs.

Andy Street said: “I know exactly how important reopening this railway line is to people in the communities in Kings Heath, Moseley and Hazelwell, and everybody who has a part to play in making this happen is working towards getting it reopened as quickly as possible.

“Congestion from this part of the city into the city centre is one of the huge drawbacks for what are otherwise thriving areas – undoing the rail closures seven decades ago will be a huge step in tackling both congestion and the clean air challenge we all face.”

In the longer term, more frequent services may be possible as part of the Midlands Rail Hub project which will build the Camp Hill Chords to link the line to Moor Street Station and allow more trains into Birmingham City Centre.

Although there are no firm plans at this stage, a fourth station could also be opened at Balsall Heath in the future.

The Camp Hill Line development is part of a much wider package of investment in transport underway in the West Midlands.

Cllr Roger Lawrence, the Chair of West Midlands Rail Executive, said: “The Moseley line is part of the wider investment TfWM is making across our region.

“We are working on extending our tram network, developing new Sprint rapid bus routes and of course looking to reopen more railway lines.

“We are also making progress on plans to reopen the Wolverhampton to Walsall line to passengers with new stations at Willenhall and Darlaston as part of our ambition to create a world class integrated transport system.

“This investment in the region’s bus, rail, cycling and trams will not only improve lives of residents and commuters, but it will underpin the economic growth of our region.”

Martin Frobisher, managing director for Network Rail’s London North Western route, said: “The proposed railway upgrades in the West Midlands are really exciting. We are eager to work with all partner organisations that share our ambition to bring lasting improvements for rail customers.

“On the Camp Hill line proposals, we are undertaking detailed work to assess the practicality of the timetable and to determine if additional railway infrastructure is needed.”

“West Midlands Railway is working in partnership with the Mayor, the Combined Authority and West Midlands Rail Executive to ensure resources are put in place to meet that demand with new stations, new trains with improved reliability and better information for our passengers.” 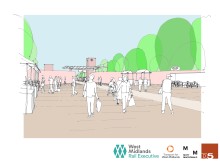 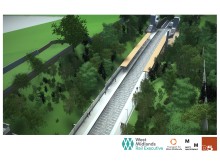 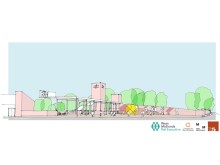 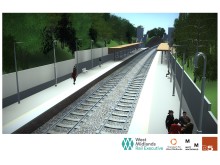 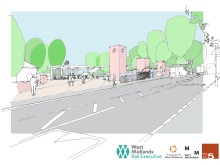 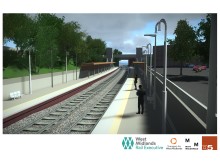 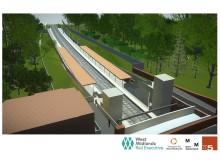 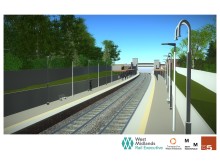