Local children have come together with community volunteers and railway staff, to fill new planters outside Milton Keynes station.

Great Linford Scouts were joined by Milton Keynes Model Railway Society and London Northwestern Railway staff on Saturday (26 January), to put the display together outside the main station entrance.

The planters have been installed as part of ongoing work to improve the station environment and facilities.

Vicky Cropper, head of stakeholder and community for London Northwestern Railway, said: “The new planters will brighten up the area for commuters and visitors passing through the station, and we are grateful to the local community for getting behind this installation. We have an army of volunteer station adopters across our network who maintain similar displays. These are popular with travellers and bring local communities together. It's been great to get a number of groups together for this planting and we are always looking for more people to get involved.”

Russell Horne, chairman of Great Linford Scout Group, said: “This was a great opportunity for the group to get involved with other organisations outside Scouting. As Scouts, we believe in preparing young people with skills for life, such as teamwork, leadership and resilience. These skills have helped Scouts become everything from teachers and social workers to astronauts and Olympians. We help young people develop and improve key life skills”.

Terry Silver, exhibition manager for Milton Keynes Model Railway Society, said “We are delighted to be involved with this project and it is timed perfectly for our 50th anniversary year. We were one of the first organisations to embrace the name Milton Keynes into its title. With this, and our flower planting at Bletchley station, we are pleased to celebrate our continuing role in the community.”

London Northwestern Railway has 26 station adoption groups across it’s network. These groups are made up of volunteers involved in a range of activities, from maintaining planters, installing artwork and undertaking community engagement activities using space available at the stations. As well as improving the experience for passengers, this community engagement has also been recognised in helping to combat loneliness for those who take part.

The train operator is looking to double to number of station adopters across it’s network from around 150 to over 300 over the next year.

In an area steeped in railway history and tradition, 1969 saw the emergence of a new model railway club onto the scene. With the foundation of the designated new city of Milton Keynes just two years earlier, MKMRS was one of the first organisations to embrace the name Milton Keynes into its title.

Now in its 49th year, the club is now well established in its home at Bond Avenue, Bletchley and is stronger than ever with around 65 members. 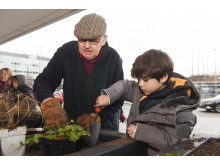 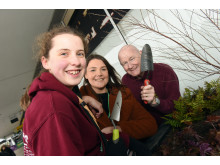 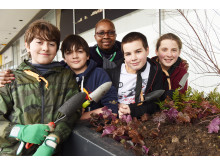 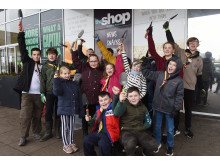 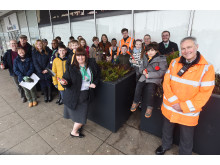