Over 2000 staff working for the train operators have recently been issued with new uniforms, following the creation of the London Northwestern Railway and West Midlands Railway brands in December 2017.

Uniforms include everything from shirts, trousers, dresses, coats, suit jackets and jumpers, to other accessories such as ties and scarves. The new uniforms have been designed by employees over the past 12 months, to reflect the new train operator brands and different roles across the railway.

Donated suit jackets and trousers will be de-branded and made available by The Salvation Army to those who need them most. For example, being provided as smart interview and work wear for people looking to get back into employment. Other items will be shredded and made into carpets, insulation, cushions or even the stuffing for car seats.

The Salvation Army are involved in a range of projects across the region to support the vulnerable people, including those experiencing homelessness and unemployment. The charity runs various outreach projects, as well as raising money through their chain of 235 charity shops across the country­.

Andy Camp, commercial director for London Northwestern Railway and West Midlands Railway, said: “Issuing new uniforms across a company of our size is never a small task, which is why we have been working our staff for over a year on getting the new uniform designed and manufactured. However, this inevitably means a lot of old uniform items have become redundant. Many of our staff have worked on the railway for many years, and have collected dozens of items of clothing during that time. We wanted to make sure these items were recycled as far as possible.

“By donating old uniforms to The Salvation Army, we want to give something back to the communities we serve. Our staff have been incredibly supportive of this initiative, as it is something they can really see making a difference.”

Kirk Bradley, head of corporate partnerships from The Salvation Army, said: “This partnership enables The Salvation Army to help West Midlands Railway and London Northwestern Railway staff to dispose responsibly of their excess uniforms, diverting them from landfill which is very important. At the same time, we are raising funds to help the vital work of The Salvation Army continue, supporting vulnerable and disadvantaged people. We’re grateful for this opportunity.”

Below and attached to this release as related items, are regional photos from across the London Northwestern Railway and West Midlands Railway networks, with railway staff and representatives from The Salvation Army.  Further interview and filming / photography opportunities can be made available on request. 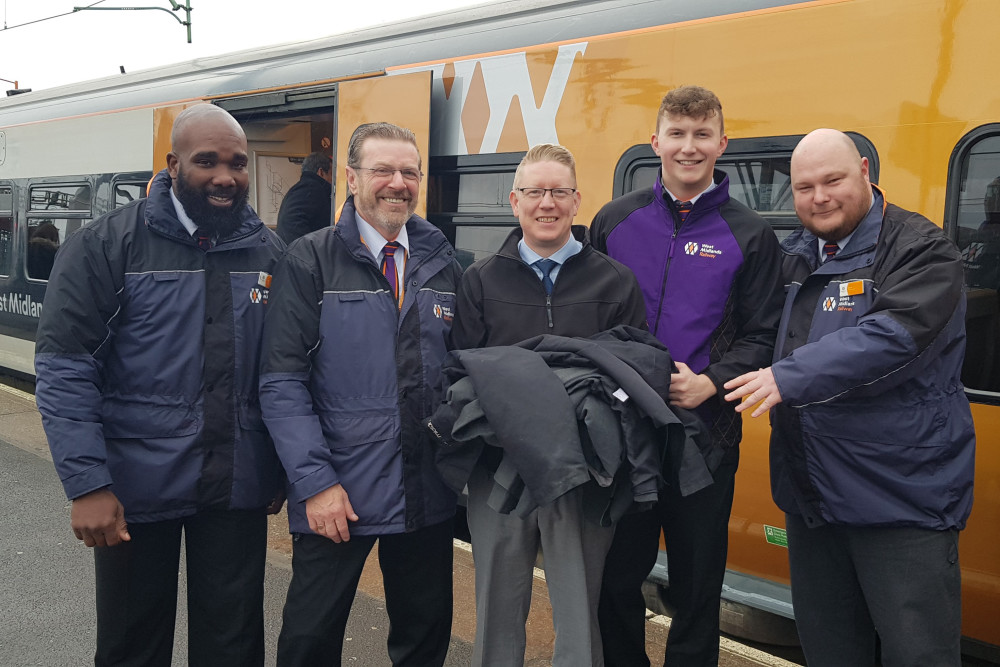 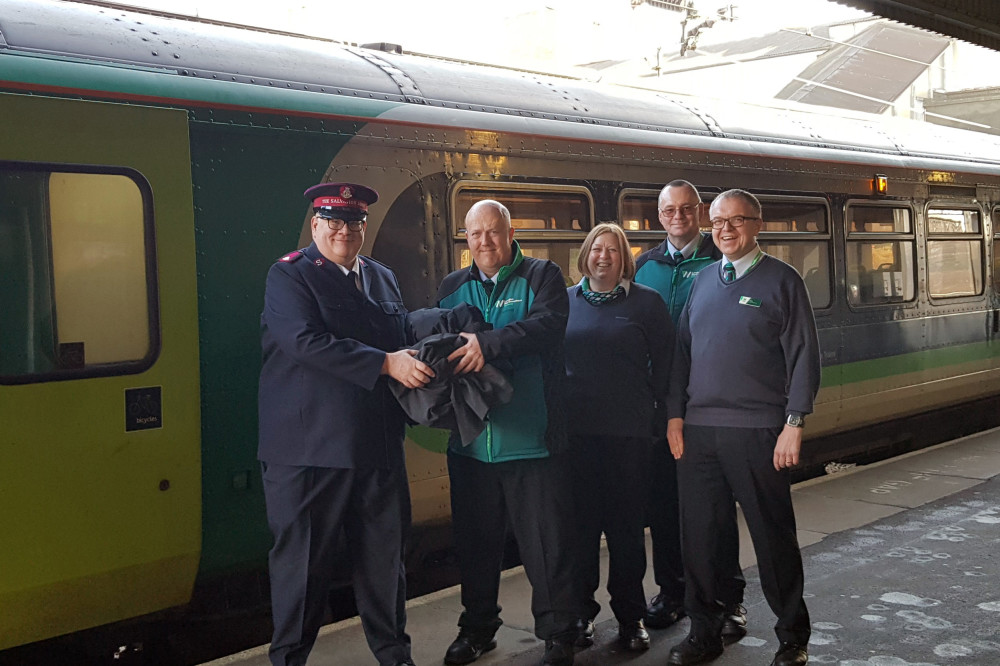 Revenue protection managers and senior conductors working on London Northwestern services to/from Liverpool and Crewe, handing over old uniforms to Major Steven Watson from the Crewe branch of The Salvation Army and Justin Frost from The Salvation Army Trading Company 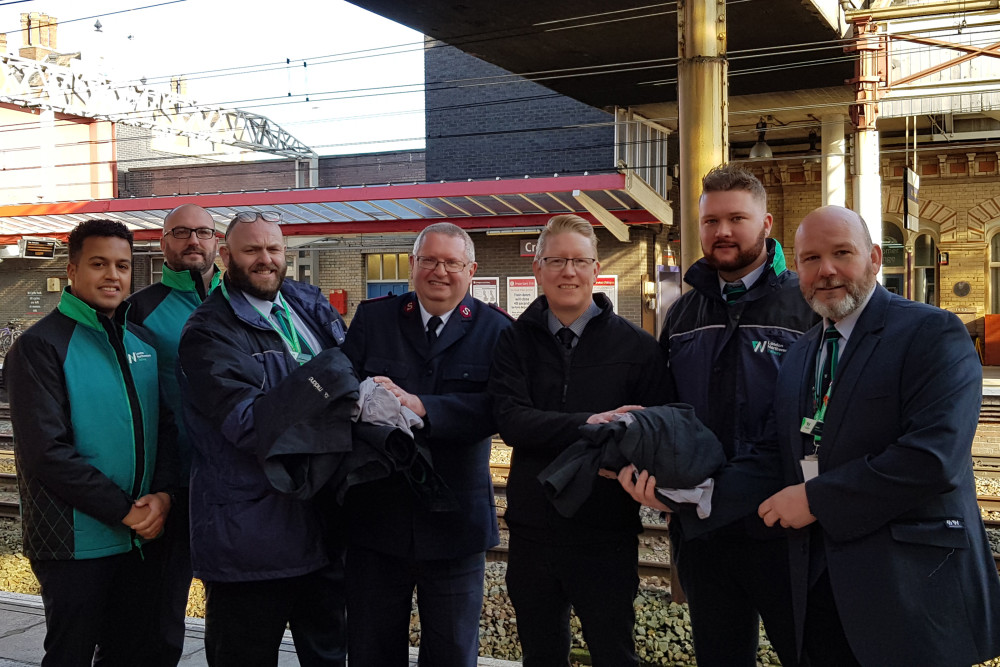 Platform and ticket office staff at London Euston handing over old uniforms to Captain Lorraine Kinnear, from The Salvation Army Chalk Farm branch and Lt Colonel Alison Burns, who worked across London for The Salvation Army before recently retiring. 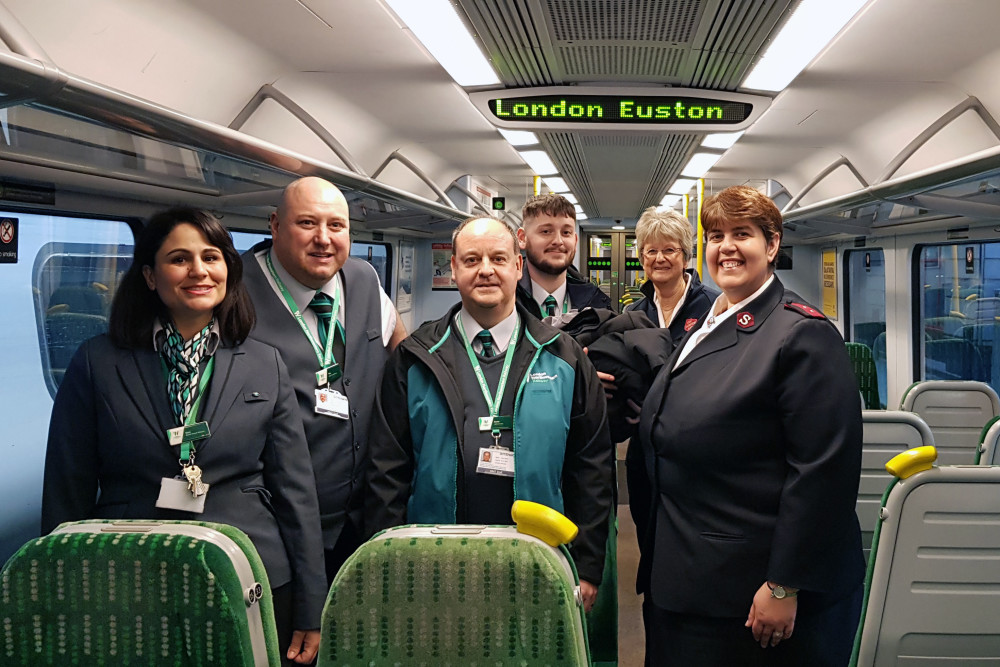 The Salvation Army is a registered charity in 127 countries, offering unconditional friendship, and practical help to people of all ages, backgrounds and needs. Extending a helping hand to those who are homeless, friendless and in need, The Salvation Army passionately believes that no one is beyond hope, however great their problems.

The Salvation Army was one of the first ever charities to run a second-hand clothing shop to provide the poor with affordable clothes. Today, between the Salvation Army Trading Company and The Salvation Army’s churches and community centres, there are now over 380 charity shops in the UK and Ireland.Everything sold is good quality and affordable.

Salvation Army Trading Company’s first charity shop opened in 1993 and now operates a network of over 200 shops, employing over 370 people and more than 2,500 volunteers. The shops sell a variety of second-hand goods, from bargains and collectables to a fantastic range of fashions, household items, film, music and bestselling books.

Textiles are the UK’s fastest growing household waste stream. By reusing and recycling textiles the amount sent to landfill can be significantly reduced.

The charity is working to a target of zero waste. Less than 1% of what is collected through clothing collection initiatives in the UK is sent to landfill while the other 99% is reused or recycled.