West Midlands Railway staff at Wolverhampton station are looking for a design to go on the hoarding in the waiting room on platform one.

Work is currently ongoing to build a £150 million transport hub on the site of the current station. Once complete, this will become a major interchange for train, bus and tram services across the city and wider West Midlands region.

As part of the first phase of work, a section of the main station building next to platform one is being demolished. While this work is taking place, temporary hoarding has been put up in the waiting room and along the platform.

A competition is now open for local artists or community groups to submit their design ideas for this area. The hoarding will be in place until autumn 2019, and the station team are keen to brighten up the area for customers during the work.

Fay Easton, Head of stakeholder and community at West Midlands Railway said: “We're committed to ensuring that our stations reflect the locality they serve and community involvement at our stations is a key part of this. The refurbished Wolverhampton Interchange will bring huge benefits to the local area, and we are keen to find opportunities to involve local people while the work is underway."

Andrew Littleton, customer service team leader at Wolverhampton station, said: “It would be great if we could get some Wolverhampton-themed artwork on the hoarding. There are lots of potential ideas that could be explored – such as a design with a link to local architecture or history. The area around the station is changing so much, but we want to use this opportunity to celebrate the things that make the city what it is.”

The hoarding area is approximately 10 meters wide by 3 meters tall, and the winning design will need to be painted onto a plasterboard surface.

The closing date for entries is 31/12/18, and it is hoped that a design can be produced early in the new year. Staff at the station will be judging entries and deciding on a winner by 07/01/19.

Any individuals or groups who have ideas for decorating the space should submit their designs to the station, for the attention of Andrew Littleton. Andrew can also be contacted at andrew.littleton@wmtrains.co.uk 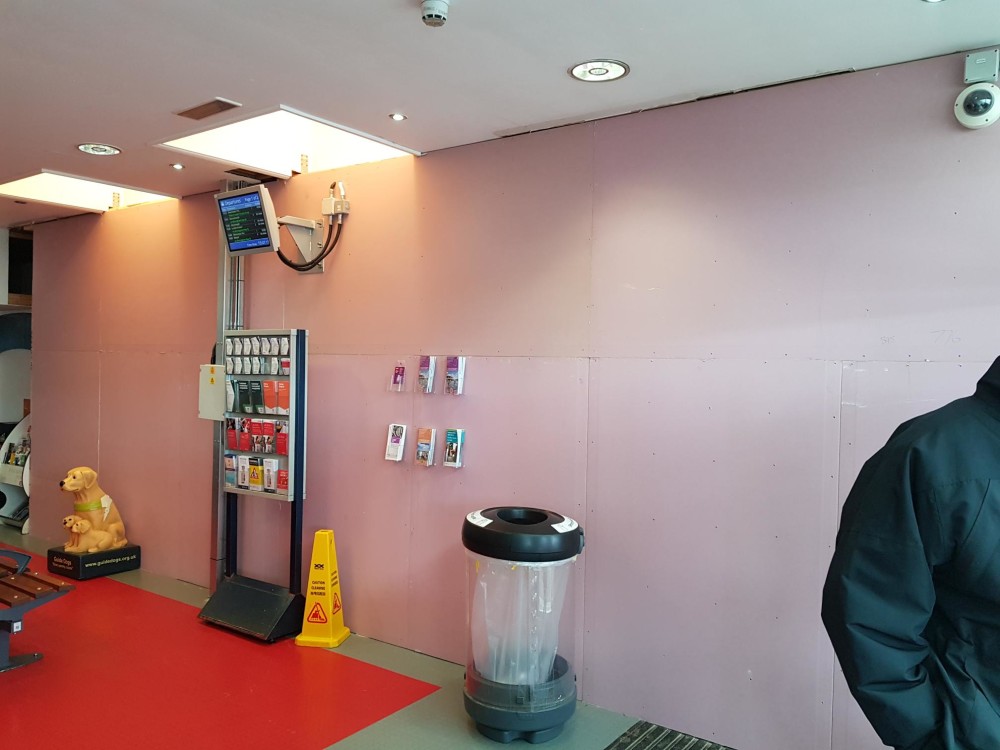 About the Wolverhampton Interchange project

Work is ongoing to build a £150 million transport hub on the site of the current Wolverhampton station. Once complete, this will become a major interchange for train, bus and tram services across the city and wider West Midlands region.

The Wolverhampton Interchange scheme has been designed in two phases to ensure train services continue to operate as normal throughout.

The erection of the first section of the new station building will become operational to customers by autumn 2019. Phase two of the programme will involve bringing down the remainder of the current station and completing the new building.This is expected to open in summer 2020.

Once work on the new station is completed it will pave the way for the Midland Metro Alliance to begin the final link of the new city centre tram extension.