The Mayor of Watford, Peter Taylor, has been praising community rail projects on the Abbey Line.

The Mayor made a special visit to Garston station yesterday (21 March), to meet with local station adopters, volunteers and the Abbey Line Community Rail Partnership (CRP), to find out more about the support given to the work of volunteers along the route.

Station adopter, David Nursaw, lead a tour of the station to show some of the work done by the CRP, such as installation of CCTV equipment and community art works done by local primary schools to enhance the station. The Mayor and Mr Nursaw also completed a station check and clean up along with other volunteers including Cllr Kareen Haastrick, representatives from Abbey Line Community Rail Partnership (CRP) , staff from London Northwestern Railway and Network Rail.

They were also on hand to talk to local councillors about the support on offer for any local groups, schools and Organisations with ideas for brightening up their local stations and how to get involved.

The train operator and the Abbey Line Community Rail Partnership are keen to get even more local volunteers involved and taking part in various opportunities along the Abbey Line, including Station adoption, volunteering and event assistants.

Community Rail activities, which can involve a range of activities from maintaining planters on platforms, enhancing local stations to running events for local residents in or around stations, have been recognised as playing a major part in tackling loneliness in communities. A government report praised station adoption and volunteering schemes, not only for making local railway stations more welcoming for passengers, but for also having a significant benefit to the individuals involved. Last year, local Primary School Parkgate Junior School in Watford adopted their local station which saw the children get involved in a range of activities and ideas for the station.

Elected Mayor of Watford Peter Taylor said, ‘It was great to join volunteers today to find out more about what they do to help look after the stations along the Abbey Line in conjunction with the Abbey Line Community Rail Partnership. This is a lifeline for people living in our town and it’s really important that we all work together to make sure it’s well used and well maintained. If you think you’re able to help look after your local station in Watford, please do get in touch.’

Edna Woname, Partnership Development Officer for Abbey Line CRP, said: “We rely on our volunteers to assist with our events such as Santa Express, Community Rail fun days as well as projects at stations and in the community. As a volunteer you can do as much or as little as you can with other 'like-minded' volunteers and we welcome people of all ages and backgrounds to help make a positive difference to our local train stations. So please do get in touch to join our family of volunteers. I would like to thank the Mayor Peter Taylor for supporting the Partnership in its endeavours and also 'Thank you' to everyone here today for supporting us.'

Vicky Cropper, head of stakeholder and community for London Northwestern Railway, said: “Station adoption is a great way to get involved in your local community, and to be a part of making a positive impact on the overall station environment. We have over 150 station adopters and volunteers across our network, who do a fantastic job of running a range of different projects and initiatives at stations – and we are always looking to for more people to get involved.

“At some stations we support groups who enjoy gardening and have planted up colourful or even edible displays on platforms. Elsewhere, we’ve had those with an artistic flare install unique community artwork. There are also an increasing number of groups involved in utilising unused rooms in our station buildings for hosting events and exhibitions. The possibilities of what community rail can look like are endless – so we encourage anyone with ideas to get in touch. We are always happy to look a new ways of supporting the communities we serve across our network.” 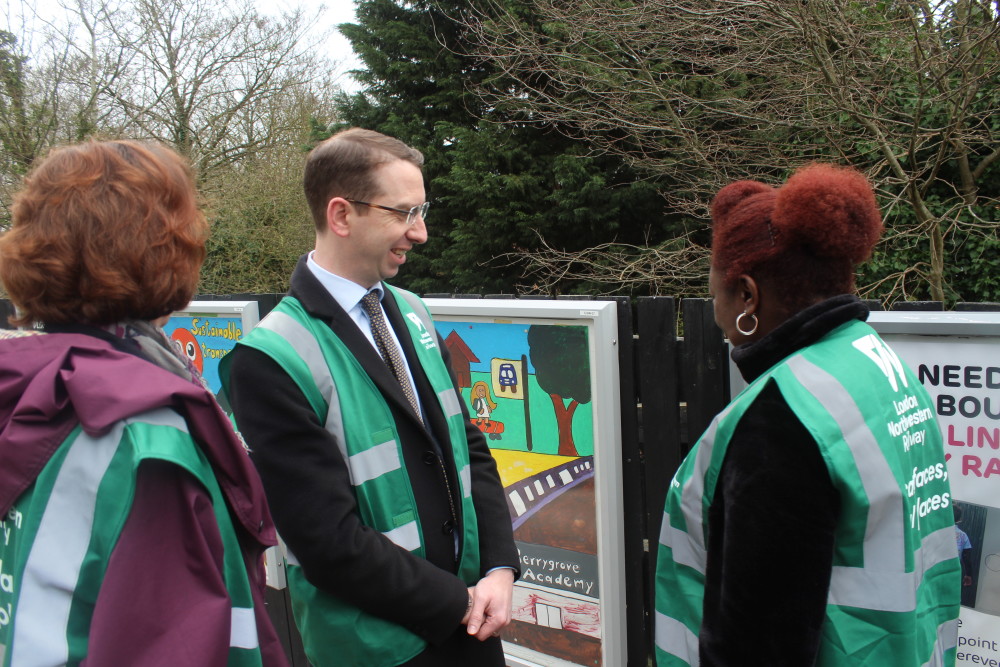 Mayor of Watford, Peter Taylor, on a tour of Garston station, to see the work of station adopters and volunteers. 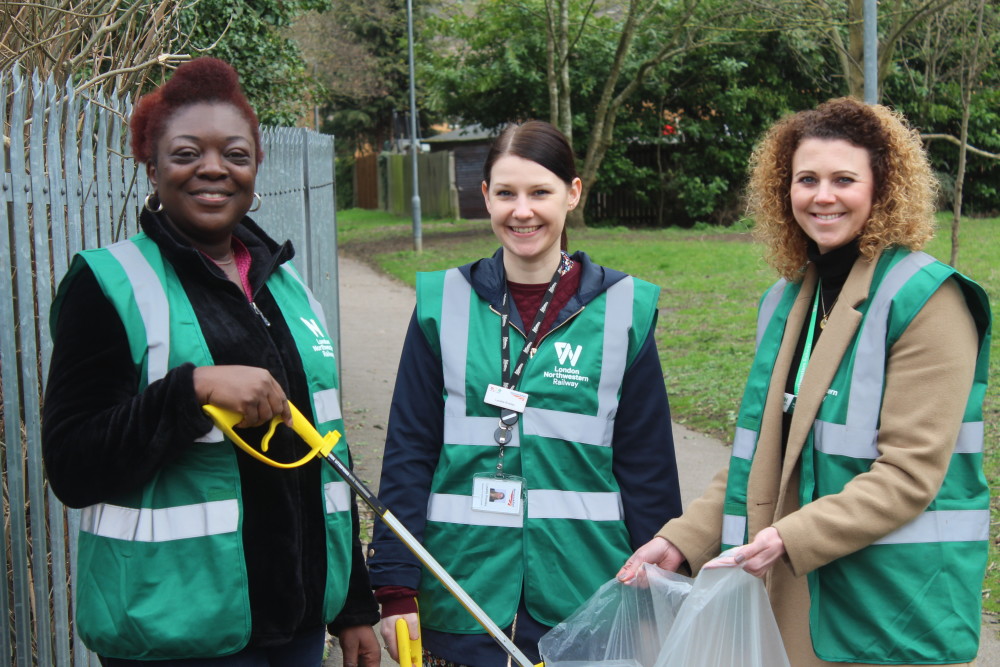 Station adopters and Abbey Line CRP were supported by representatives from Network Rail and London Northwestern Railway in a litter pick at Garston station, to coincide with a visit from Mayor of Watford, Peter Taylor. 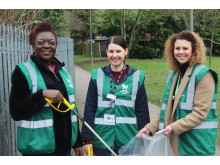 Station adopters and Abbey Line CRP were supported by representatives from Network Rail and London Northwestern Railway in a litter pick ... 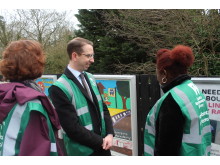 Mayor of Watford at Garst...

Mayor of Watford, Peter Taylor having a tour of Garston station, to see the work of station adopters and volunteers 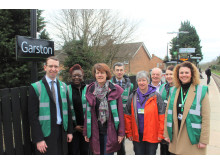 Mayor of Watford at Garst...