Satish 'Scotty' Kakkad, chief booking office clerk at Milton Keynes station, has seen off competition from railway staff the country to win a prestigious ‘Employee of the Year’ award.

Scotty has worked at Milton Keynes for the past 32 years, and has been recognised for his continued passion, enthusiasm and drive to deliver excellent service to passengers.

He has also been instrumental in helping with local fundraising efforts at the station. Staff from Willen Hospice, based just outside the town centre, have taken the opportunity to thank Scotty for his efforts in supporting over £10,000 of fundraising for the charity over the past 18 months.

The award was presented as part of the annual Abellio Achievement Awards. The awards recognise the achievements of staff across Abellio train operators; Merseyrail, Scotrail and Greater Anglia, as well as employees of Abellio Bus in London.

Annamaria Izzard, station manager at Milton Keynes station, said: “Thousands of our passengers know Scotty by name and he knows them by name too. Scotty is absolutely fantastic, his level of customer service knows no end. He will go to any ends to help somebody at any time of the night and day. Scotty fully embodies an employee of the year and we could all aspire to be more like Scotty – he is an inspiring person!

“We have a wide range of customers that come through Milton Keynes station and one of the things I value the most about Scotty is that he treats every one the same and gives the same level of detailed attention for each individual person.”

Scotty, said: “If you please somebody and you get a little thank you, you know you’ve done something good with your day. I enjoy my job and I make it enjoyable by helping people.”

The ‘Employee of the Year’ award was voted for by staff from across the Abellio group of train and bus operators, at a special awards ceremony in Edinburgh on 21 March 2019.

A short video (available below) was shown to guests, before Jan Chaudhry-van der Velde, managing director for London Northwestern Railway, gave a final speech to win over the votes. 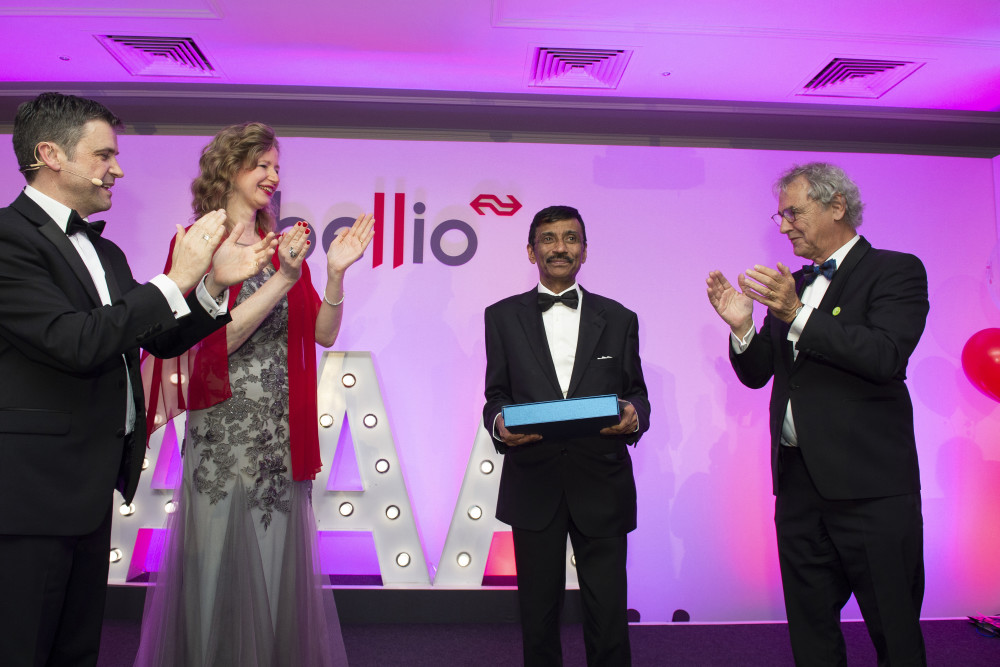 Satish 'Scotty' Kakkad receiving the 'Employee of the Year' award at the 2019 Abellio Achievement Awards. 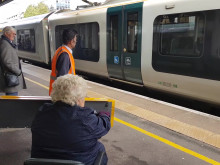