Three stations operated by West Midlands Railway will benefit from funding to introduce vital upgrades to provide step free access to all platforms.

Smethwick Rolfe Street, Wellington and Worcester Shrub Hill have all been chosen to benefit from Department for Transport (DfT) ‘Access for All’ programme funding.

In the first for the rail industry, the train operator worked on the bids for funding in conjunction with Network Rail and West Midlands Rail Executive as West Midlands Stations Alliance.

The stations will, subject to a feasible design being possible, receive an accessible route into the station, as well as to and between every platform. This will involve the installation of lifts, but also work to improve other features such as handrails and treads on staircases.

Richard Brooks, customer experience director for West Midlands Railway, said: “We are committed to making our stations and services accessible to everyone. It is important that our stations are brought up to modern standards, and the DfT Access for All funding continues to be a vital part of this ongoing transformation.

“We want to thank everyone who supported our bids, and we will work closely with our partners to ensure the improvements being planned will provide facilities that can benefit passengers for years to come.”

Malcolm Holmes, executive director for West Midlands Rail WMRE, said: “Access for All is a great example of the value of working together in the rail industry. This funding will deliver the improvements which make a real difference to the ease of access for all users of these stations. This is part of our wider commitment to deliver a transformation in rail for West Midlanders”.

Patrick Cawley, director of route sponsorship at Network Rail, said: “While millions of pounds has already been spent making stations more accessible for passengers across the West Midlands and beyond, there is still work to do. We welcome the announcement by the Department for Transport on the latest stations to benefit from the ‘Access for All’ funding and we will work closely with West Midlands Railway to help deliver these improvements.”

DfT Access for All funding is already supporting railway station improvements across the region. Projects are ongoing to install lifts at Stechford, and to make all platforms fully accessible at Lichfield Trent Valley.

Across the country, 73 railway stations will be receiving funding. This is in addition to the 24 station projects that are ongoing.

For more information on the Department for Transport Access for All programme go to https://bit.ly/2K86f5l 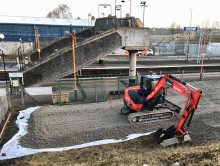 £3.9 million overhaul of Stechford station to provide step-free access for everyone

Work will start later this month to install new lifts, ramps and a footbridge at Stechford station to ensure step-free access across all three platforms for the first time. The £3.9m upgrade to make the station accessible for everyone will be complete for West Midlands Railway passengers by the end of 2019. 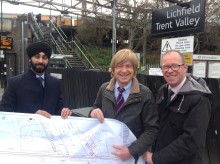 £2.3 million overhaul of Lichfield Trent Valley station underway to make it accessible for everyone

Work is underway to install new lifts at Lichfield Trent Valley station to ensure it's accessible for everyone by Summer 2019.

Kings Langley station to become accessible for all

​Passengers travelling to and from Kings Langley station will benefit from funding to introduce vital upgrades to provide step free access to all platforms. The station has been chosen to benefit from Department for Transport (DfT) ‘Access for All’ programme funding.