A special livery for London Northwestern Railway services between Bedford and Bletchley has been revealed.

This comes as the contract for the supply of the upgraded Class 230 units from Vivarail is officially signed.

The trains will start running on the line in December 2018, following their extensive overhaul at Vivarail’s Long Marston depot in Warwickshire.

The contract for the supply of the trains has now been signed. This is a significant stage of the project, showing commitment from both between West Midlands Trains and Vivarail.

Jan Chaudhry-van der Velde, managing director of West Midlands Trains said, “I remember these trains from when they were on London Underground, but looking around the units there’s so much new equipment on board that they look and feel like brand new trains. Vivarail has done a great job and these trains are an ideal match for this important local service.

“Our new London Northwestern Railway livery is appearing more and more prominently across the network, and we are proud to be able to share this bespoke version of design for the Marston Vale route.”

Adrian Shooter, CEO of Vivarail said, “Both Vivarail and West Midlands Trains have worked tirelessly to bring this to fruition and I am delighted to show what we have achieved. Everyone is pleased with the look and build quality and I’m very proud of the work my team has done.I am particularly impressed with the London Northwestern Railway livery and their interior designs – they certainly showcase the Class 230 and I think will be well received by Marston Vale’s passengers.

“It is a proud day for me to see this first train roll out of our workshops and I am looking forward to seeing it at Bletchley depot in the near future.”

Vivarail will be supplying three two car trains to operate between Bedford and Bletchley.The trains have undergone extensive improvements and will include universal access toilets, USB sockets and modern ‘airline’ seating.The trains will be supplied as diesel units, with the capability to convert to battery units in the future.

Vivarail has designed these to be quiet, green and clean, using automotive standards to reduce emissions and noise.The train’s engines will automatically cut-out in stations to ensure a comfortable passenger environment and further cut emissions.The lightweight aluminium bodyshell also means the train uses less fuel and the superior acceleration will ensure swift and comfortable journeys.

The trains will be maintained at the Bletchley depot, creating new jobs in the local area.

Vivarail was formed in 2012 to produce a new type of rolling stock designed specifically for regional routes: the Class 230.

The company is headed by Adrian Shooter CBE, previously Chairman of Chiltern Railways.Vivarail is based at a rail-connected site in central England with full manufacturing facilities and a 3km test track.

The Class 230 is a cost-effective solution to the need for new rolling stock and is designed to keep both upfront and running costs to a minimum. It uses the best of modern technology and is specifically designed to appeal to passengers and operators alike. Innovative systems and high tech equipment, such as the advanced RCM system, ensure the trains are able to be customised to suit different route requirements.

The trains are designed to accept power modules which can be diesel, battery or, in the future, hydrogen fuel cells.Vivarail is leading the UK market in battery technology and has built the UK’s first modern production battery train which will be fully approved and ready for passenger service in summer 2018.

The D-Train meets all current standards up to and including the 2020 PRM-TSI regulations. 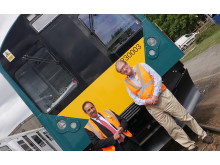 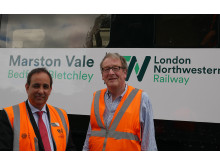 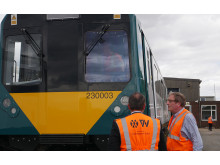 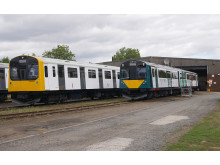 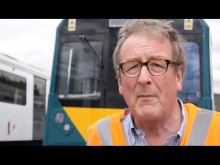