Station adopters at Widney Manor are celebrating the centenary of the Suffragette movement, with a themed display on the station platform.

The group, who are all members of Soroptimist International Solihull & District Club, have created new planters with flowers and foliage in Suffragette colours, purple, white and green. They are also displaying photos and memories in the station windows to help educate passengers about the journey to women’s rights over past 100 years.

The display will remain at Widney Manor station until Thursday 20 September, when it will move to the ‘Fun in the Park’ event at Tudor Grange Park.

‘Fun in the park’ is a family event organised by the Soroptimists, which is taking place on Sunday 23 September. To link with their display at the station, the group will be running a poster competition for children during the day.

Entrants will be asked to design a poster to help celebrate 100 years since women in this country were first allowed to vote. They will be given the title, ‘If you were elected to the School Council what would you change in your local area?’.

A number of prizes will be up for grabs, including free tickets for journeys on West Midlands Railway.

The event will also include a display of classic cars, a dog show and other activities throughout the park. Proceeds raised during the day will go to support three local charities – St. Basils Nightstop, Lilly Mae Foundation and Solihull MIND.

Ian Taylor, station manager for West Midlands Railway said: “Our station adopters at Widney Manor do a fantastic job, and the latest display is a fitting memory to such an historic event. We’re honoured that they have chosen our station for their celebration ahead of ‘Fun in the Park’ later this month, and we are pleased to be able to support their efforts in raising awareness of these important events among young people and the wider community.”

Jan Hemlin, station adopter and member of Soroptimist International Solihull & District Club said: “Our local community is very important to us. We have cared for the gardens at Widney Manor Station since 2006, enhancing the station environment, and giving pleasure to rail users. Through our display this summer, we want to raise awareness of women’s rights and to engage the community in celebrating 100 years of votes for women.” 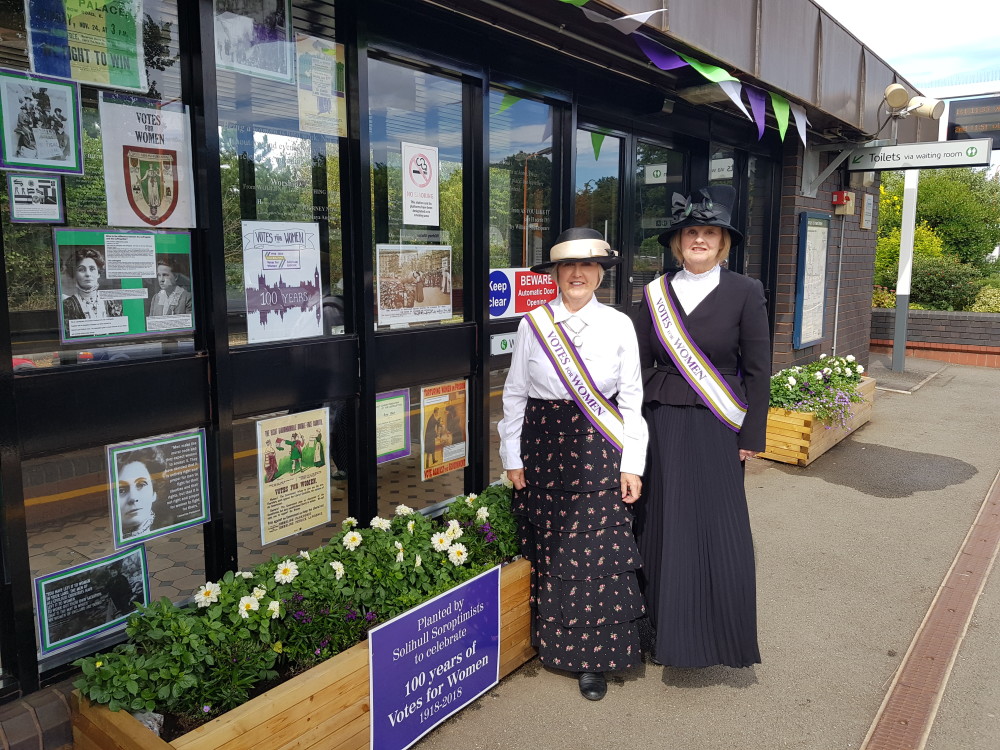 For further information on this release, call our press office on 03300 955150 or email

About ‘Fun in the Park’

The 13th annual ‘Fun in Park’ event is being organised by Solihull Soroptimist.

Parking is available in the Monkspath Hall Road Car Park.

Entry is £3 for adults, £1 for children or £6 for a family. Proceeds will be going to support three local charities:

St. Basils Nightstop – a charity for homeless young people in Birmingham and Solihull

With 54 members, SI Solihull and District is a vibrant club offering a lively and varied programme of meetings and events throughout the year. Our members come from a wide range of backgrounds and occupations including finance, education, pharmacy, secretarial, and IT, as well as members who have retired from their jobs.

Soroptimist International Solihull & District Club is an organisation for women of today. It is a member of Soroptimist International, the worlds largest women’s service organisation. It is committed to a world where women and children achieve their individual and collective potential, realise aspirations and have an equal voice in creating strong and peaceful communities world wide. 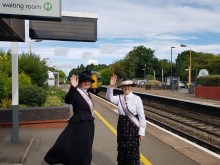 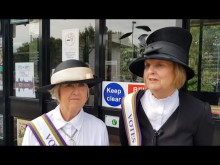 Station adopters at Widney Manor are celebrating the centenary of the Suffragette movement with a themed display on the station platform....