A project to enhance the forecourt at the entrance to Watford Junction station is under way.

The scheme, being run by Watford Borough Council, will include the installation of large freestanding letters spelling out 'WATFORD' (below) to encourage photography and social media usage. 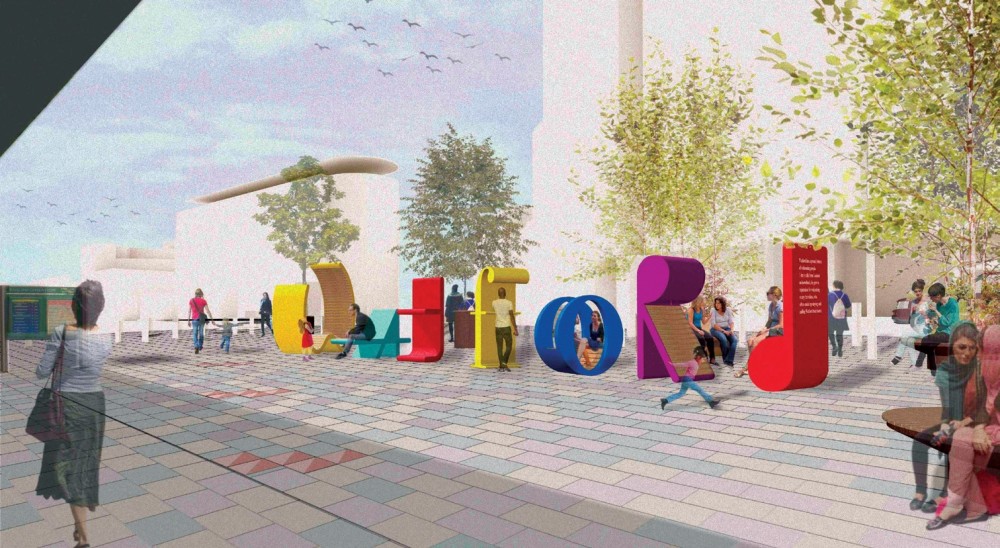 It will see the forecourt transformed into a safe, pedestrian-friendly environment with more open space, plants, paving, lighting, seating and the start of a new heritage trail.

A bike-share bay is also being installed at the front of the station to encourage passengers to cycle into the town centre. The 'Beryl' scheme already has 70 bays across Watford.

This project marks the beginning of a series of works at the station, including improvements to the concourse due to be carried out by Network Rail next year.

"Watford Junction is one of our busiest and most popular stations and I am delighted that this project will enhance the approach to the stations for the millions of passengers we cater for every year."

"Eight million people a year travel through Watford Junction and I am really excited to kickstart these works to bring our station into the 21st Century. This will make the station forecourt a more welcoming and interesting place and will be a much better first impression for people coming to our town.”

“We are delighted to help kickstart the transformation of Watford Junction station, which will provide the modern facilities needed to support a long term modal shift towards public transport."

In order to facilitate the improvements, bike parking has been moved from the forecourt to a secure 300-capacity bike parking facility in a nearby lane just off the car park entry road.

For more details on the scheme visit www.watford.gov.uk/majorprojects