The train operator has opened a competition to find deserving community groups near to stations along the line between Redditch/Bromsgrove, Birmingham New Street and Lichfield.

It is part of celebrations to mark the 40 year anniversary of the line, which has grown to become the busiest commuter route outside of London.

These Cross City Heroes could be local charities, young people’s clubs, sports teams or other community groups who make a difference to the lives of people in the area.

West Midlands Railway would like to find those who may not have received the recognition they deserve and would like to hear how they are making an impact to those around them.

A group will then be selected for each of the 24 West Midlands Railway stations on the route.

Winning groups will receive a plaque of recognition at their local station, a VIP visit to see the new trains for the route, and 10 free tickets for journeys across the West Midlands Railway and London Northwestern Railway networks, to aid in their fundraising efforts.

Fay Easton, head of stakeholder and community for West Midlands Railway, said: “It would be fantastic to get a representative group based in the locality of each of our 24 Cross City Line stations. The route is such a key part of many communities, and there is so much going on in every one of these areas. If you know of or are part of a group near a Cross City line station, please do make a nomination and get involved.”

Cllr Roger Lawrence, chair of West Midlands Rail Executive and West Midlands Combined Authority (WMCA) portfolio holder for transport, said: “The Cross City line is by far our busiest commuter rail route and now carries more than 55,000 passengers every day. This is due to the significant investment we have put into the route over the years including the extension down to Bromsgrove in July this year which saw the first electric services starting to and from the town.

“We believe local rail lines are an important part of any local community and to mark the Cross City Line’s 40th anniversary we wanted to highlight and acknowledge some of the selfless work people in those communities are doing to help others.”

Groups can be nominated online at westmidlandsrailway.co.uk/crosscityheroes.

Entries will close on 31 March and winners announced mid April.

Mayor of the West Midlands, Andy Street, has been praising the work of railway station volunteers across the region. He recently met with a group of local station adopters at Stechford, to learn about their work and encourage more groups to get involved in their local area. 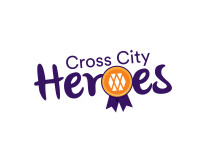