London Northwestern Railway and West Midlands Railway have committed to making rail travel more accessible for those with dementia.

Through a year long partnership with Alzheimer’s Society, the train operators will be taking steps to make stations and trains more dementia friendly. The charity will also be educating frontline staff around best practice in helping those with the condition.

Alzheimer's Society was chosen from a shortlist of nominations as the train operator's staff charity of year, with the condition impacting the lives of many railway employees.

The charity is aiming to recruit all London Northwestern Railway and West Midlands Railway staff to become Dementia Friends, joining over 2.4 million other supporters nationwide.

Jon Harris, accessibility manager at London Northwestern Railway and West Midlands Railway, said: “We are committed to making the railway accessible to everyone – no matter what challenges they may face. We know that dementia can leave people feeling isolated and lonely, and we want to reduce the anxiety these people may feel about travelling by train to visit friends and live an independent life. Our staff come into contact with vulnerable people everyday, so educating and empowering them through the Dementia Friends programme will be invaluable to making our network accessible for all.”

Emma Butler, West Midlands community fundraiser for Alzheimer’s Society, said: “We are delighted that London Northwestern Railway and West Midlands Railway have chosen Alzheimer’s Society as the staff charity partner for the year, and that with the announcement, both train operators have committed to making rail travel more accessible for those living with dementia.

“Dementia devastates lives. Alzheimer’s Society research shows that 850,000 people in the UK have a form of dementia. By 2021, one million people will be living with the condition and this will soar to two million by 2051. Dementia deaths are rising year on year and 225,000 will develop dementia this year – that’s one every three minutes.

“Money and awareness raised by London Northwestern Railway and West Midlands Railway will help Alzheimer’s Society fund research into the cause, care, cure and prevention of all types of dementia. Alzheimer’s Society is committed to spending at least £150 million on research over the next decade.

“Until the day we find a cure, Alzheimer's Society will be here for anyone affected by dementia – wherever they are, whatever they're going through. Everything we do is informed and inspired by them.”

Staff at Wolverhampton station have already been working with the charity to help make the station more dementia friendly, as well as running fundraising activities. During December 2018, the station team hosted carol singers and held a tombola for customers in support of Alzheimer’s Society.

Mel Bryett, station manager at Wolverhampton, said: “Dementia is something close to many people in my team and we are committed to using our own experiences to help our customers. The station recently became ‘dementia friendly’, as we made a conscious effort to recognise and tackle some of the common challenges those with Alzheimer's face when travelling. Cementing this support through our partnership with Alzheimer’s Society will help educate more of our staff and customers, as well as helping to raise vital fund for ongoing research into better treatment for the condition.”

See the video below of Jon Harris talking about some of the ways London Northwestern Railway and West Midlands Railway are aiming to make the railway more dementia friendly.

About Alzheimer’s Society and Dementia Friends

Alzheimer’s Society is the only UK charity that campaigns for change, funds research to find a cure and supports people living with dementia today. Dementia is the UK’s biggest killer. Someone develops it every three minutes and there’s currently no cure. For more information go to alzheimers.org.uk

Alzheimer’s Society’s Dementia Friends programme is the biggest ever initiative to change people’s perceptions of dementia. It aims to transform the way the nation thinks, acts and talks about the condition. Dementia Friends is about learning more about dementia and the small ways people can help. For more information go to dementiafriends.org.uk

Cash left on trains and at stations operated by London Northwestern Railway and West Midlands Railway will now be donated to charity. The train operators have handed over the first donation of money found as lost property on the rail network to Alzheimer’s Society - the company's staff-nominated charity partner for the year. 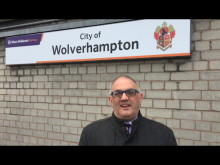